Backstory: After escaping the wyld hunt sent after him, Whispering Twilight was determined to seek revenge one day on the Realm. Years passed as he made a living on the run from potential hunters. Witnessing enemies of creation both internal and external, he swore to do all in his power to prevent creation from being destroyed.
When he heard of the massive recall of legions from the threshold he sensed the Realm`s weakness and seized the opportunity. Swiftly locating a legion being recalled he installed himself as the manservant of a skilled and promising officer with good ties to the general. This legion has been stationed outside of Arjuf since making landfall in the Realm… 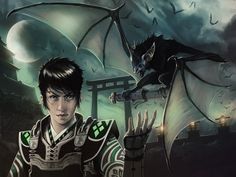