Name: Carmela Contarini
Character Concept: Enthusiastic Threshold mercenary, scion of a major merchant house
Location: Pahua Basin, Blessed Isle
Splat: Dragon-Blooded
Aspect/Caste: Fire-Aspect
House/Faction/other organizational membership: House Contarini
Motivation: Attain glory, honor and riches eternal!
Backstory:
The Contarini are a Dragon-Blooded House such as the Threshold understands it. The entire terrestrial population could be eliminated by a particularly dedicated assassin (compare trying to do that to the Cathak; it would be laughable), but the family is a major trade power in the Riverlands.

Carmela is their youngest daughter and was to be their rising star, but she quickly discovered she had neither the head nor the inclination for the meticulous, long-term, number-crunching business of trade. She found instead that she could bring in a whole lot of money just by standing around and occasionally lighting things on fire, or punching someone in the face while lighting herself on fire.

It was a much more exciting calling.

Of course, the Contarini Patriarch (and Carmela herself) has much higher ambitions than trade along the Yellow River. Possibly even… imperial ambitions. 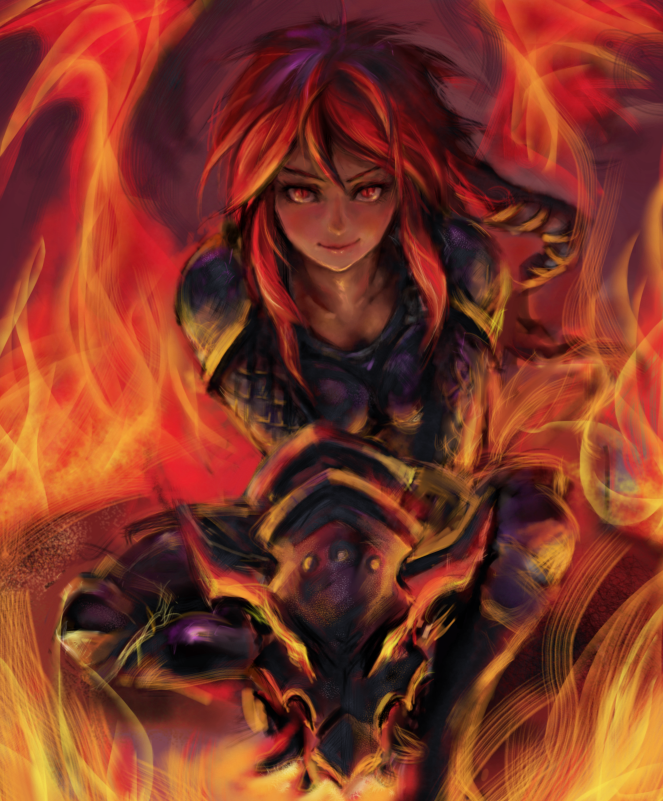